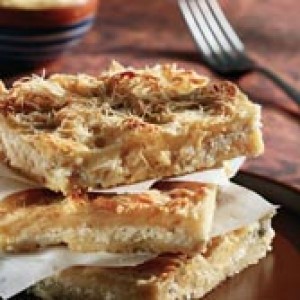 We melt the butter, without burning it and we put it off fire to get cooled. We open the phyllo of kantaifi with our fingers in order to separate its parts.

We bake it in a pre-heated oven in 180 C for half an hour. In the meanwhile, we boil the syrup for 5-6 minutes. We remove the cinnamon stick and when our sweet is lukewarm, we poor the syrup on it.